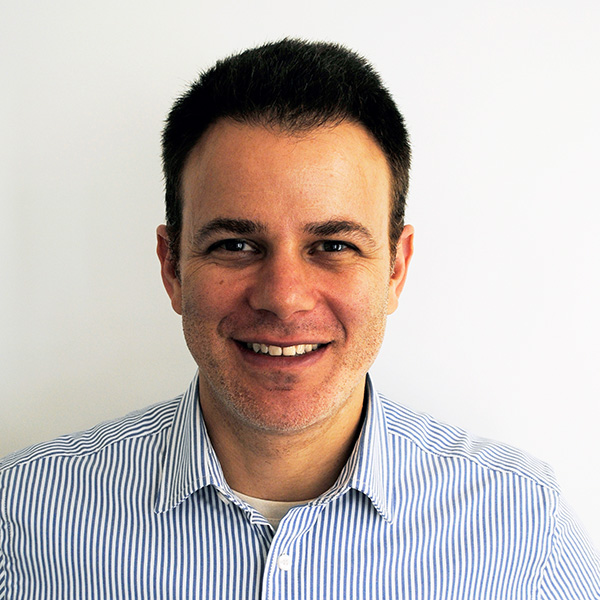 After working for other New York firms including Baxt Ingui Architects, Coburn Architecture, Robert AM Stern Architects and Edward S Eglin Architectural Design, Ben started his own firm in 2009. Since then, the firm has grown rapidly and he now leads a team of architects and designers specializing in renovations, additions and new construction of commercial and residential projects. Ben received his A.B. in Visual and Environmental Studies from Harvard University and a Master in Architecture from Columbia University. He is licensed in New York and Connecticut and NCARB-certified for licensing in other states. Ben is also a Passive House Certified Designer. 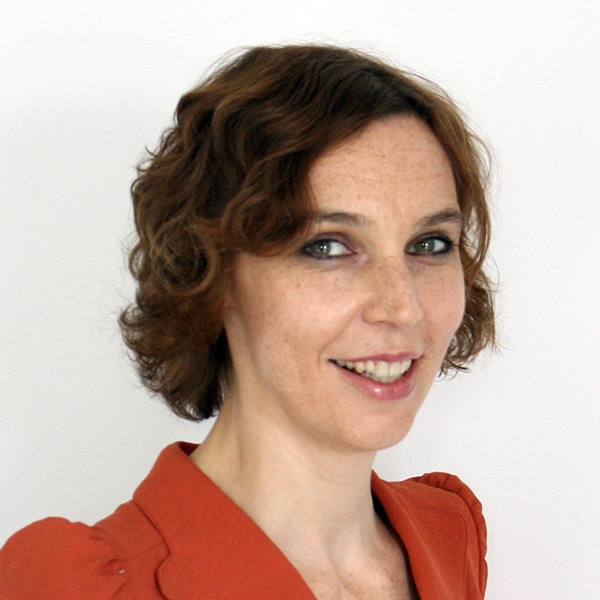 Prior to joining Ben Herzog Architect, Ilva designed and led a number of projects at architects’ offices in New York ranging from single family residences to community facilities. She also spent two years managing uniquely detailed and complex projects at Bjork Carle Woodworking. Ilva loves mixing old and new and embraces the unexpected in her designs, as well as in her life. She earned a B.A. in Interior Design at Fashion Institute of Technology in New York and holds a B.Sc. in Economics from University of Latvia. She has also attended NYC College of Technology and Art Students League of NY for selected advanced coursework. 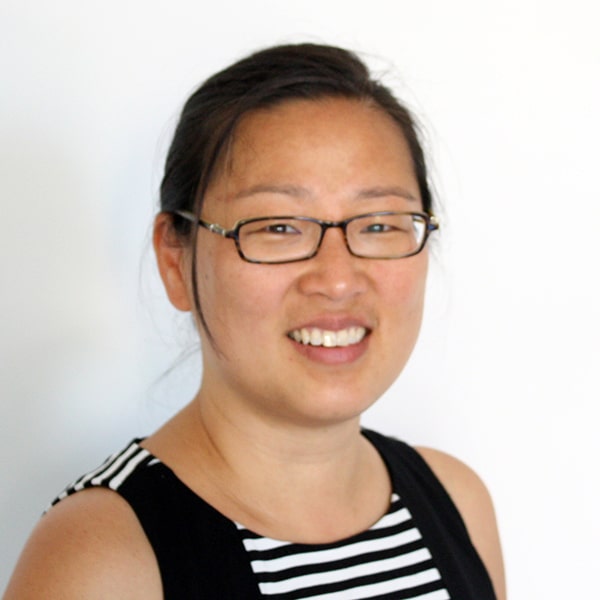 After spending a few years away from architecture doing web design, jewelry design and staying home with her young daughter, Anita was inspired to return to architecture after hiring Ben Herzog Architect to renovate her Brooklyn home. She enjoyed collaborating with Ben on the project so much that she decided to join the firm. Anita has a B.A. in Architecture from Columbia University and a Master in Architecture from Harvard University. She is licensed to practice architecture in New York. 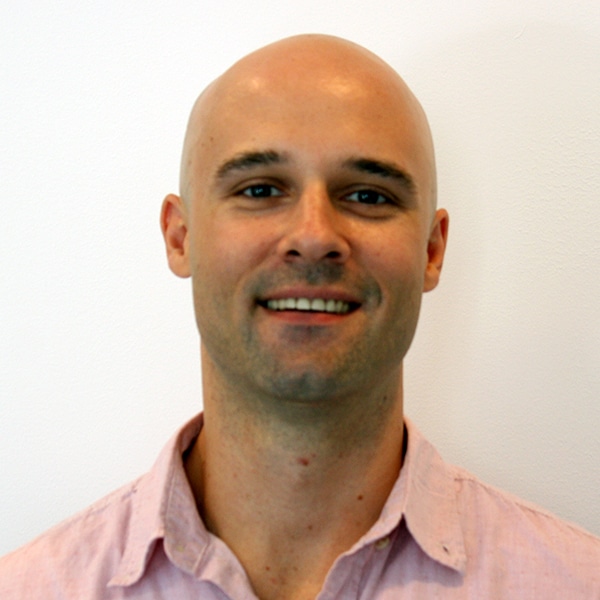 Jeremy has been with BHA since 2014 as a designer and project manager. His experience includes commercial, institutional, and high-end residential projects of various scales throughout New York City and the surrounding area while previously at the firms Allen + Killcoyne Architects and Zivkovic Connolly Architects, P.C.  He also enjoyed his early career experiences at the firm Art & Architecture as an intern, and White Construction Company as a foreman’s assistant, both in Central Virginia.  Jeremy graduated in 2001 from Virginia Polytechnic Institute and State University (Virginia Tech), and studied for a semester each at the College for European Studies and Architecture (Riva San Vitale, SW) and the Washington-Alexandria Architecture Consortium (Alexandria, VA). He is licensed in New York State, and is NCARB certified to gain licensure in other states. 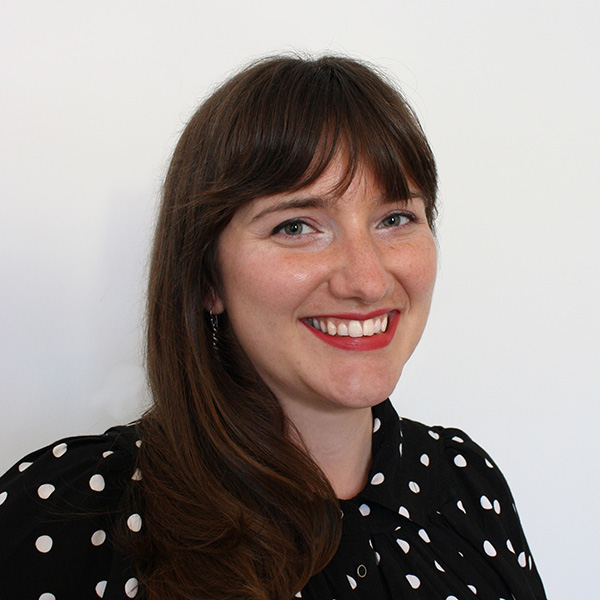 Sarah graduated from the Rhode Island Island School of Design with a Bachelor of Architecture in 2012. As a RISD student, she spent a semester in Rome, Italy. Sarah has worked as an archaeological illustrator with Brown University, a cartographer and graphic designer with C&G Partners LLC in New York City, and as a scenic designer and carpenter. She also has experience as a Job Captain with Bowerbird Architects, PLLC, managing a range of Brooklyn residential projects from ground up construction to small apartment renovations. Outside of the office Sarah is an avid urban sketcher and baker, and she sings with a classical choir in Manhattan. 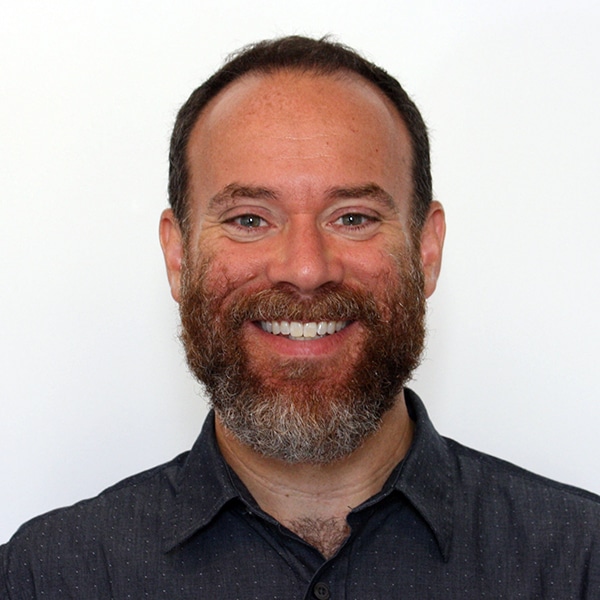 Since 1998 Dave has worked on a diverse range of projects. He has enjoyed working through the details of apartment renovations and of a preservation award-winning Broadway theater. He recently took a new 57-unit supportive housing development from early design through construction. Other past work has included designing classrooms and housing for people with multiple disabilities, renovation of city schools and libraries, new commercial and health care projects, affordable and market rate housing, and projects for the U.S. Coast Guard Academy. His education includes a B.A. In Geography/Urban Systems from McGill University in Montreal, the junior year Shape of Two Cities Program (New York & Paris) through Columbia University, and a Master of Architecture from Washington University in St. Louis, which included a semester at the University of Natal, in Durban, South Africa. Dave has been living in “brownstone Brooklyn” since 2002. In spare moments, he enjoys photography and music. 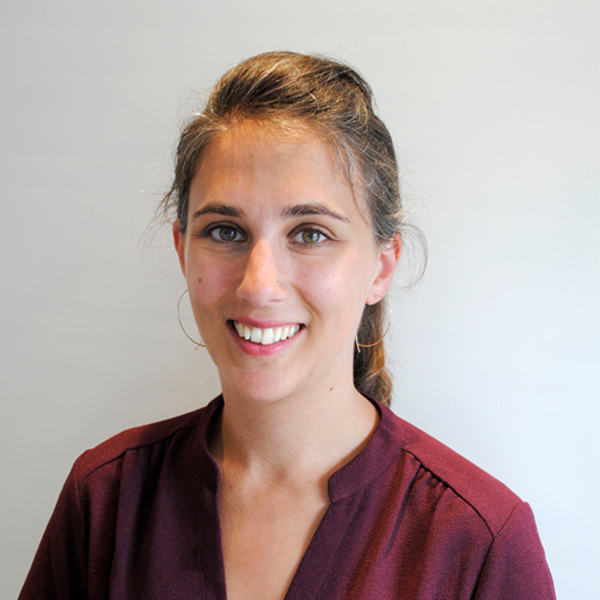 With more than ten years practicing architecture in New York City, Naomi is thrilled that she gets to do what she loves every day, helping clients realize truly satisfying spaces. Born and raised south of Boston, she grew up obsessed with the craftsmanship of old homes. Since earning architecture degrees from Barnard and Harvard, she’s designed and managed a variety of projects, ranging from high-end residences and restaurants to luxury retail spaces for brands such as Christian Louboutin --even graphics for a private jet. Outside of work, Naomi loves adventuring and eating her way through Brooklyn, where she lives with her husband and two children. 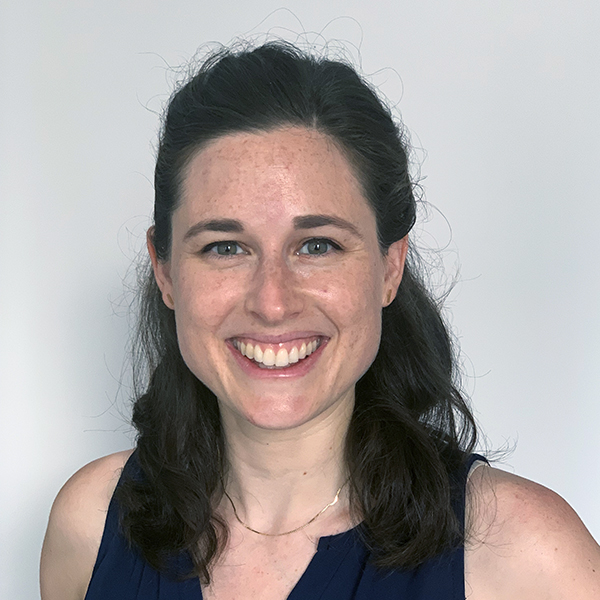 Since 2007, Shai has enjoyed working across the spectrum of architecture, interior design and landscape architecture in New York City. She is passionate about creating spaces that emphasize the power of good design, creating projects that both look and feel great for their inhabitants. Prior to joining BHA, Shai worked with COOKFOX Architects on large scale residential and commercial projects that focused on environmental and human health as a cornerstone of design. Before COOKFOX, Shai worked at the landscape architecture firm Quennell Rothschild and Partners, where she discovered a love of public projects, working across many spaces in New York City and fostering her interest in plants and connection to the natural environment which continues to inform her design aesthetic. Shai is a licensed NY State Architect, and carries a BA from Barnard College, and an MA from Columbia University, where she also led the architecture wood-shop. When not at work, Shai likes to spend as much time in nature as possible, venturing outside of the city, tending to houseplants, or in Brooklyn playgrounds with her daughter. 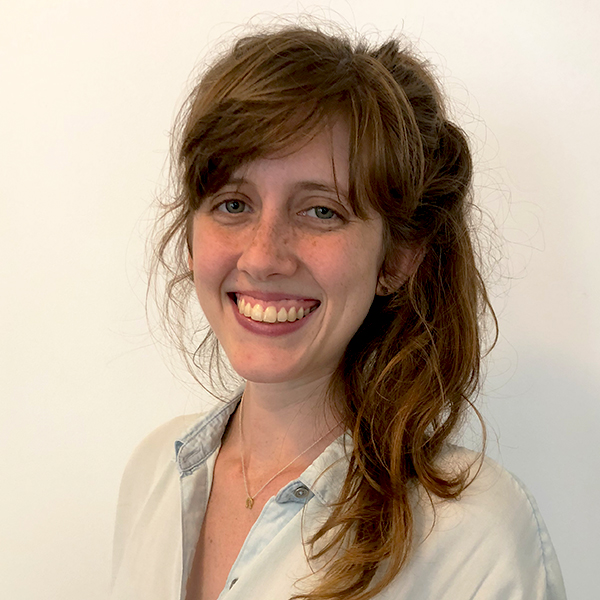 Luisa received her architecture degree from Pontifical Catholic University in Rio de Janeiro, Brazil in 2015. During architecture school, she spent a year studying abroad in Paris and this experience nourished her desire to travel and see architecture from all over the world. After acquiring her 5-year Bachelor of Architecture degree, Luisa worked as an architectural designer in Brazil for one year before moving to New York City to pursue her M.S. in Advanced Architectural Design at Columbia University.  Prior to joining BHA, she worked as an assistant project manager on site for TW2M Design/Build LLC. Outside of the office, Luisa is always in search of new bookstores and nature spots to explore. 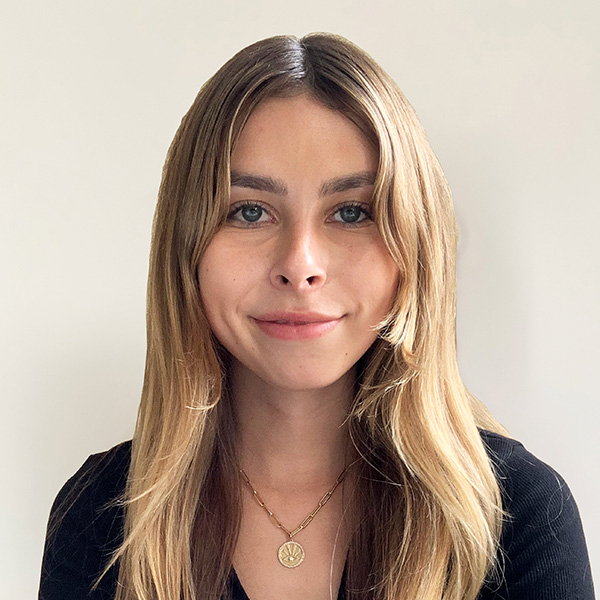 Aubree is a Los Angeles born designer who is a recent graduate of the University of Southern California where she studied Architecture and obtained her BS in Architectural Studies.  While in school, she enrolled in a variety of classes ranging from Furniture Design to the Curatorial Exhibition of Architecture.  Aubree grew up a covert lover of open houses and all things residential, and is excited to jump start her career in Architecture as a new resident of New York City. 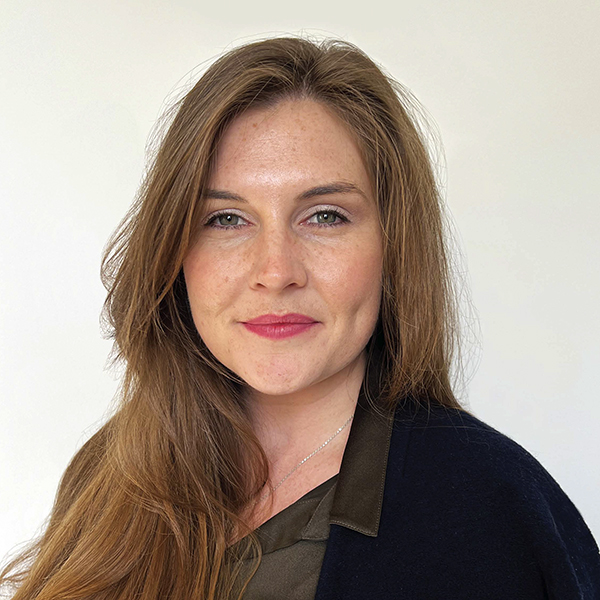 Nicole’s chosen path of discovery is through the world of art and design. She entered the New York commercial real estate design sphere in 2018 with ED+B, designing office spaces throughout the city. After receiving her BFA from Pratt Institute, she became an Artist Assistant and Gallery Designer for an established Brooklyn based artist; where she aided in the procurement of sculpture and designed gallery spaces for the works’ public debuts. She has since taken on freelance design projects and commissioned works herself, before joining BHA to continue her long term pursuits of Architectural Design. 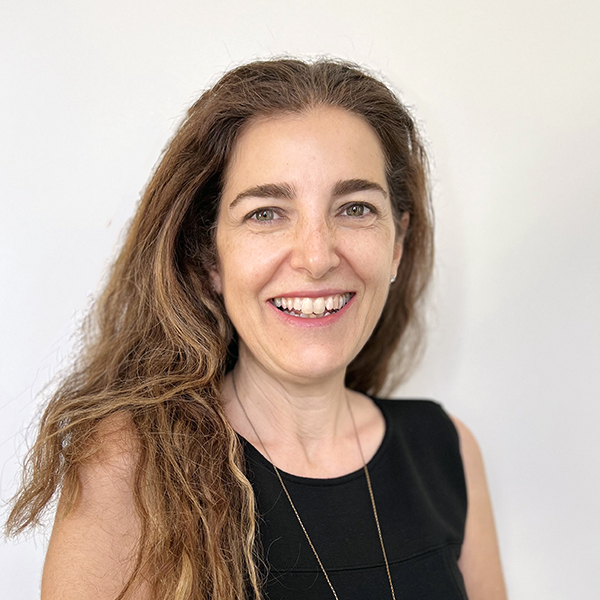 Arezoo is a Canadian transplant that moved to NY and has been an interior designer for 20+ years. Her experience includes high-end residential, and hospitality design. Prior to joining BHA, Arezoo was a senior designer at a number of top NYC Interior Design and Hotel Development firms such as Starwood Hotels and Resorts, Rockwell Group, Jeffrey Beers International and Jennifer Morris Design. Arezoo firmly believes in the transformative power of great design! She is passionate about design and dedicated to creating beautiful spaces that respond to each client's individual needs, personal style and budget. Arezoo Holds a bachelor's degree in Interior Design from the University of Manitoba, as well as a Bachelor of Fine Arts degree from the University of British Columbia, Canada. When not at work, she enjoys traveling, reading, gardening and spending time with her husband and young son with whom she lives in Brooklyn. 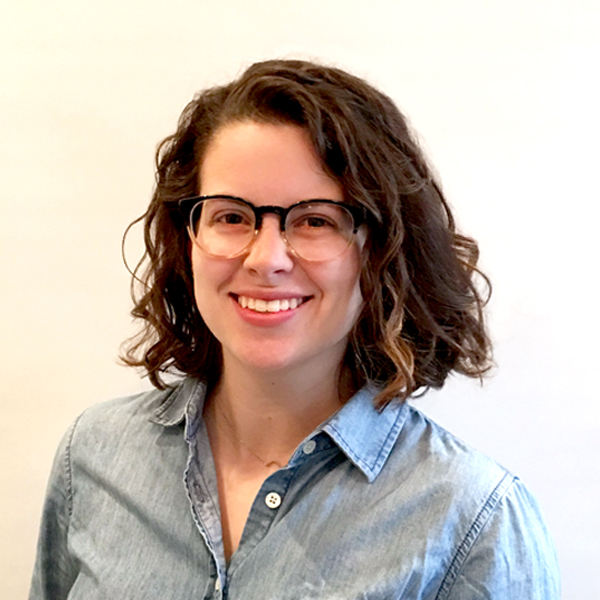 Prior to joining BHA, Julia received her BA in Painting from Marist College in Poughkeepsie, NY and spent a semester studying in Florence, Italy. After completing her AAS in Interior Design from Parsons the New School for Design, she decided to permanently move in New York in order to pursue her love of all things art, design and adventure. She has worked for Tracey Stephens Interior Design, a residential high-end firm focused in the Greater New York as well as the Museum of Arts and Design in Manhattan. 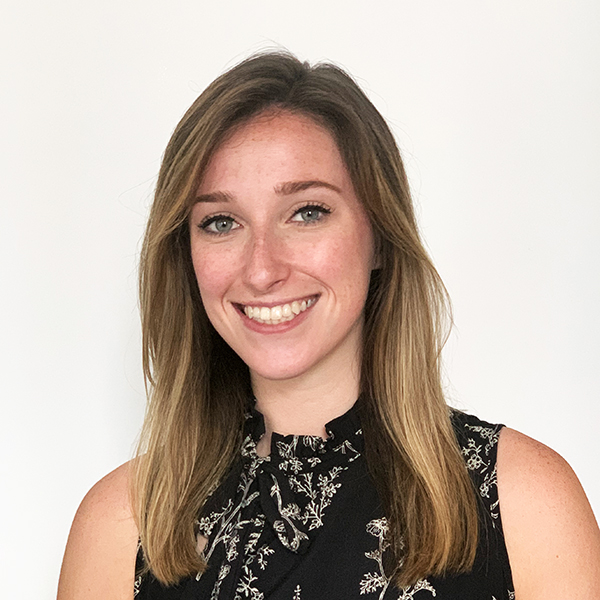 Alex graduated with a dual Bachelor of Architecture and Bachelor of Interior Architecture from Auburn University. While in school, she spent a semester in Rome, Italy, and spent her final year of school in an urban design studio in Birmingham, AL. Alex previously worked with BHA as a summer intern, which established her love for residential renovations, and heavily influenced her decision to move to New York City. 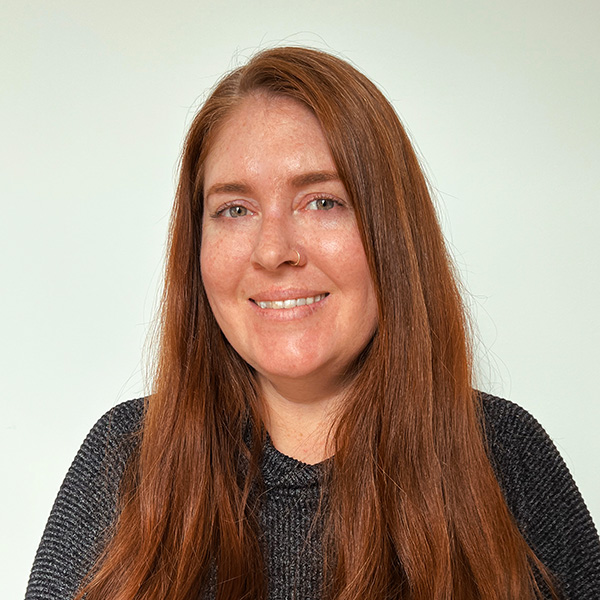 Stephanie moved to NYC in 2016 from Merida, Mexico with a Bachelor of Architecture and an Associates in Interior Design. Growing up in Merida, a nearly 500-year-old Colonial city full of Spanish architecture and a gentle Mayan heritage was a huge influence on Stephanie's aesthetic eye and world view. Prior to her move to BHA she worked at a high-end residential interior design firm in Manhattan. When not in the office, Stephanie spends her time at home with her cat and dog, exploring the ever changing city or playing tennis. 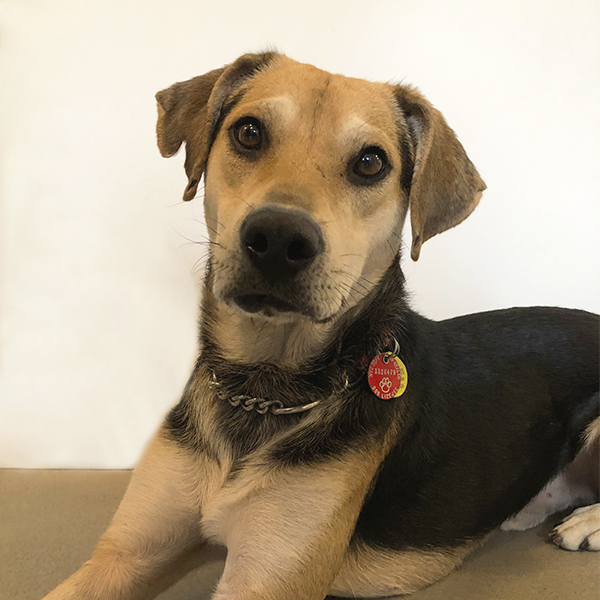 Sammy’s background is somewhat mysterious.  He came to NYC via North Carolina.  He was born sometime between 2015-2017.  He loves eating and is always hungry.  His special skills include ‘pre-cleaning’ all the dishes in the dishwasher and he is getting really good at ‘staying’.  He has a strong fear of large vehicles and loud sounds but he is working on that.