As you might have guessed, the original details in this two-family home were the drivers of the design process.  With so much intact – beautiful parquet floors with inlaid borders, intricately carved trims, ceiling medallions – the character was starting to get in the way.  Previous renovations had settled for plunking modern functions awkwardly into 19th-century layouts, to unfortunate effect.  Multiple apartments had been shoehorned into the upper levels.  The owners’ duplex felt like a sad 90s DIY kitchen camping in the center of a grand old home, hoping no one would notice it.  The clients wanted to return the home to its original grandeur, but with a large and growing family, they also needed to really live in the space.

BHA’s goal was to retain original details where it made sense, and to move or replicate them where they were hindering the layout.  The floor plan needed to function above all else.  Luckily, with some careful planning, the majority of the home fell into the ‘restore’ camp, with a few ‘replicate’ items to fill in the gaps.

The parquet floors, for example, were sanded and sealed everywhere with a light, modern finish that highlights their patina.  Their character and detail is the underpinning of every room in the home.  But some of the walls desperately needed to move, so the wood beneath was carefully pulled up, patched, matched, or repaired until you’d never know the borders had changed.  New, seamlessly blended plaster replicates the grand crown moldings along one wall in the kitchen, to run new venting and mechanicals behind them.

The biggest change to the parlor level is, of course, the BHA special: a new, large wall of glass to flood the home with light.  The windows and patio door mimic the look of old steel factory windows – but with modern efficiency.  Old and new blend together in this showstopper of a room, where the large island finally feels at home.  And thanks to the excellent eye of the homeowner, the furnishings and details that began to fill out the space hit just the right balance between tradition and today. 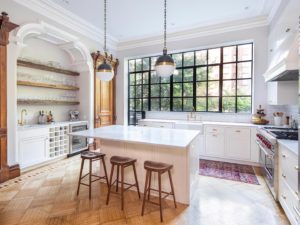 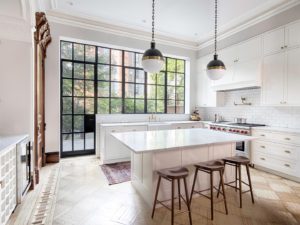 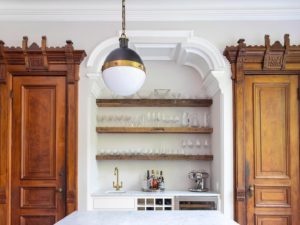 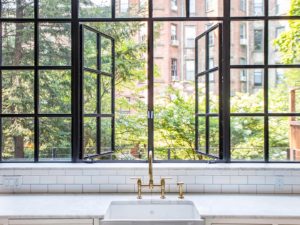 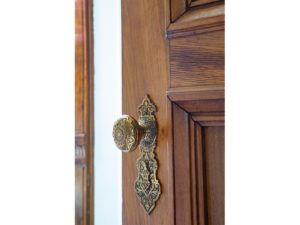 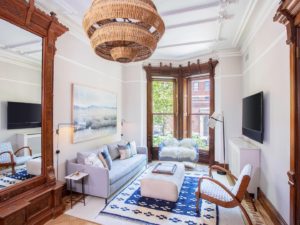 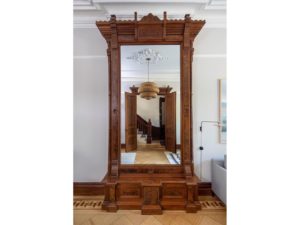 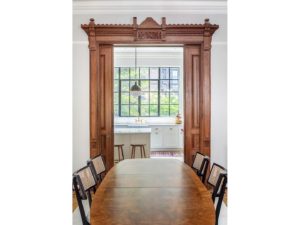 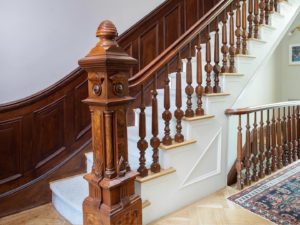 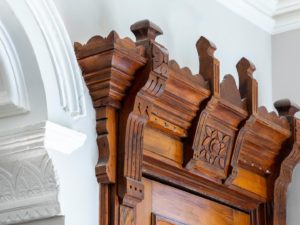 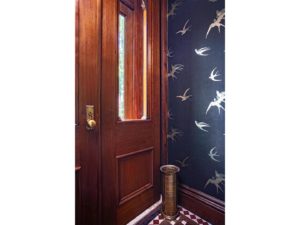 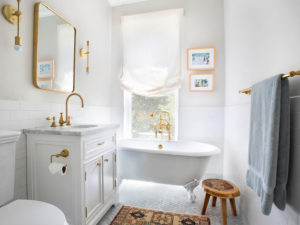 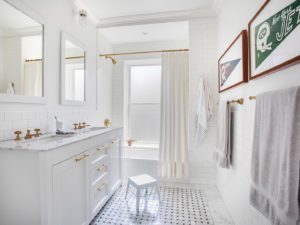 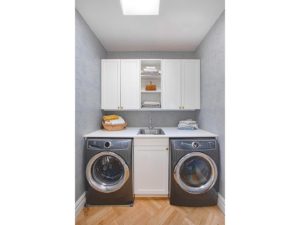 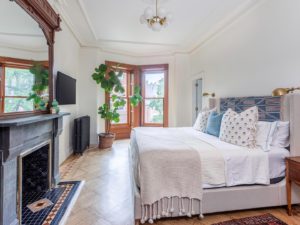 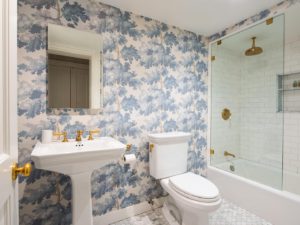