A lot has happened since the last installment. We tore off the roof, opening up the house to the elements. It rained hard (as predicted) but not much made it in to the house. We also finished the structural floor framing and added some exterior finishes and a temporary staircase so workers and materials can move more freely.

First the torn off roof: 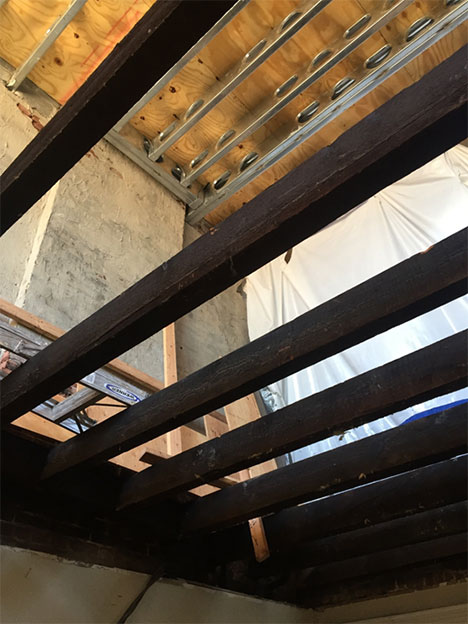 This image above shows the old roof framing with no roof (immediately) on top of it. This is showing the rear portion of the roof that we needed to wait to replace until after the roof got torn off (see Renovation Blog – It’s On for an explanation of the framing sequence). The wood framing will shortly be replaced with new, level, metal joists.

The image below shows the old wood roof framing (no longer needed) closer to the front of the building where we have already installed level metal joists below for the new floor / front deck framing. The next step is to remove this framing- I’m planning to reuse a lot of it as stair treads for my new staircase to the new level. 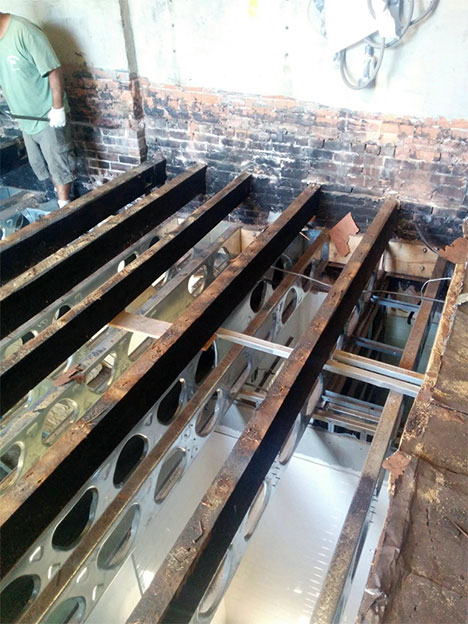 The only old wood joists we kept here are the ones holding up the front cornice. These will be built into a wall tying the cornice back to the building and the floor framing structure: 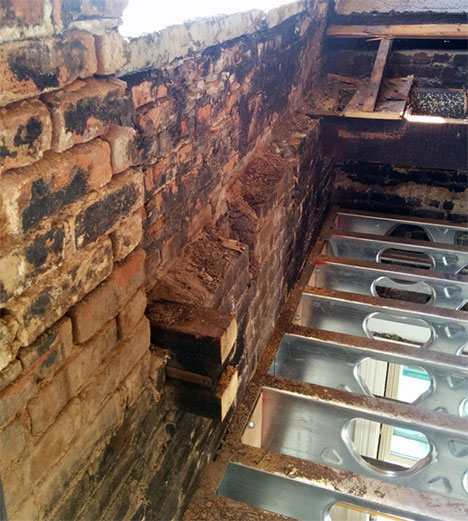 On the exterior, we applied limestone caps to the horizontal and vertical surfaces of the parapet walls. We did a bit of value-engineering / re-evaluation and have decided not to wrap the new party wall or inside of the parapets with the lead-coated copper paneling. Both of these areas will not be highly visible so we decided to stucco both. The front and rear facades will still be the lead-coated copper panels but they will ‘die’ into the limestone caps on both sides rather than wrapping around the corner at the new, extended party wall. I think this will look great. Below is a picture of the limestone caps on the side where we extended the party wall: 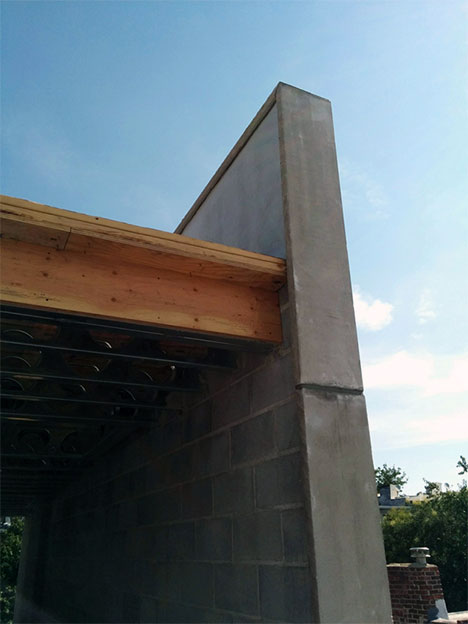 The image below shows the stucco getting applied to the inside side of the parapet above the new roof. 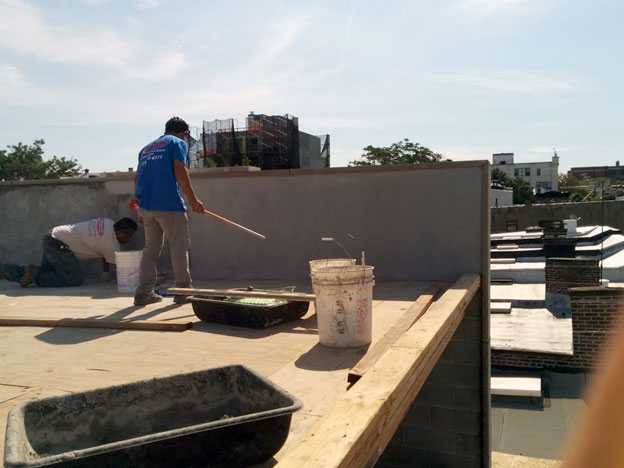 The picture below is looking out the front of the building where the guys are framing the pitch to a drain for the new front deck. 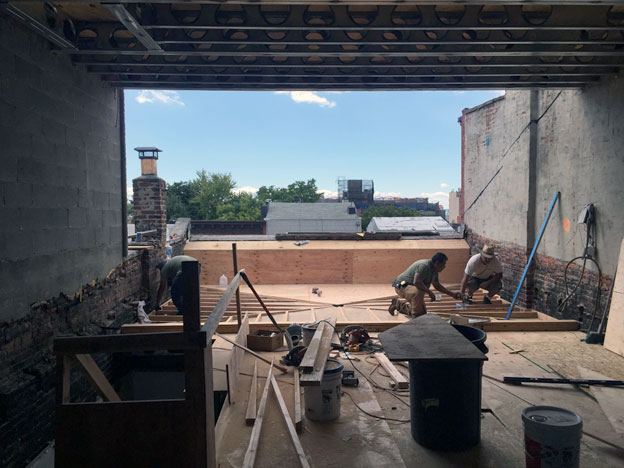 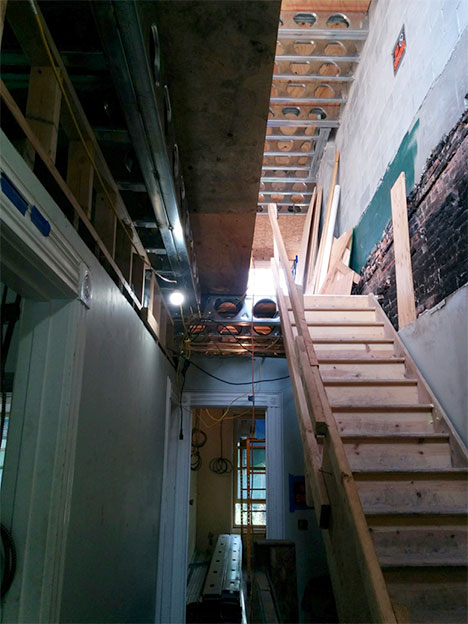 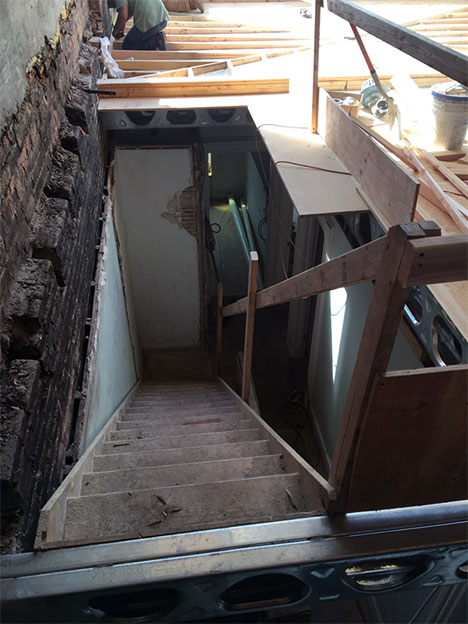 Next time: CLOSING UP